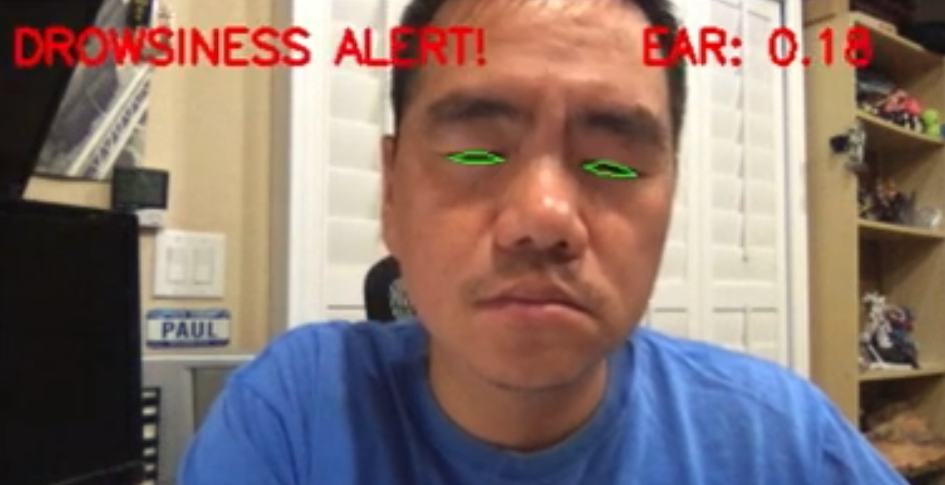 Fatigue and microsleep at the wheel are often the cause of serious accidents. However, the initial signs of fatigue can be detected before a critical situation arises. The iFrogLab driver drowsiness detection can do this by monitoring steering movements and advising drivers to take a break in time.
approximately 70 signals are evaluated by the function’s algorithm to assess the driver’s level of drowsiness.

Operation principle of driver drowsiness detection
The driver drowsiness detection is based on an algorithm and video detection , which begins recording the driver’s steering behavior the moment the trip begins. It then recognizes changes over the course of long trips, and thus also the driver’s level of fatigue. Typical signs of waning concentration are phases during which the driver is barely steering, combined with slight, yet quick and abrupt steering movements to keep the car on track.
Based on the frequency of these movements and other parameters, among them the length of a trip, use of turn signals, and the time of day, the function calculates the driver’s level of fatigue. If that level exceeds a certain value, an icon such as a coffee cup flashes on the instrument panel to warn drivers that they need a rest.
and AI detection system is record eyes open、 close、position, to detect driver sleeping and drowsiness.